Who’s in Charge of Healthcare Interoperability?

Despite decades of electronic health records, interoperability progress has been slow. Which begs the question - who’s in charge here?

…And that’s where it gets complicated. The healthcare system is full of competing, highly-regulated participants with urgent needs.

Different pharmacies, hospitals, and doctors have their own conflicting software. Researchers, insurers, and patients want interoperability too. Everyone has to agree on processes to share and update information reliably, without dangerous mistakes.

So despite decades of electronic health records, interoperability progress has been slow. Sometimes whole sectors of healthcare ignore the rules. Which begs the question - who’s in charge here?

ONC (Office of the National Coordinator for Healthcare Information Technology)

By the turn of the century, officials recognized that interoperability wouldn’t happen on its own. Creating a government agency was seen as the only way to make national progress in healthcare IT. ONC was established in 2004 with bipartisan support.

Their full name is a mouthful, but their initials signify interoperability. The ONC is the nation’s chief standards-setter, coordinator, and vendor certifier for healthcare information technology.

ONC’s mission has generally been some form of making health IT easy and valuable for clinicians, and incentivizing healthcare developers to build consumer-friendly services. ONC accomplishes this in a number of ways.

If ONC is specialized, CMS is generalized. CMS oversees the Medicare program, which serves over 63 million beneficiaries. CMS sets broad standards that apply to organizations which work with Medicare patients, effectively regulating most of the healthcare system.

CMS has taken actions to advance interoperability by:

The OCR has a number of health policy enforcement roles to play.

Most importantly, OCR enforces HIPAA, the most well-known law that patients can use to get their clinical information. Providers that make it difficult to receive, access or transfer records electronically could run afoul of HIPAA, just as if they’d be violating other anti-information blocking rules. In-person and telehealth organizations are both covered by HIPAA, as are many other entities.

OCR also has technical expertise, as they take the lead on handling healthcare cybersecurity.

Currently, the OIG is responsible for investigating most reports of information blocking, even though these claims are initially collected by ONC.

OIG also decides whether or not to issue the penalties, including fines, for information blocking. Whether or not it will do so after October 6, 2022 - the first day it’s allowed to do so - is an important question.

This is a cabinet-level department, meaning that the head of the department has a direct line of contact to the President. HHS generally oversees federal healthcare efforts, and has direct oversight of ONC, CMS, OCR, and OIG.

These groups don’t make the rules, but they’re still worth mentioning when it comes to medical data sharing.

HL7 is a global standards development organization that created the major health data frameworks adopted by the US, including C-CDA and FHIR.

This group was designated by the ONC to develop TEFCA, a set of policies for healthcare data exchange over networks.

HIEs are networks, usually nonprofit organizations, that do local heath records exchange and in turn connect nationally (if you can find records).

Particle makes it easy for digital health companies to integrate with multiple HIEs using a single API, allowing them to build new tools with their patients' data.

We're sharing our internal measurements on the current performance - and future status - of the Health Information Networks that hold America's patient data. 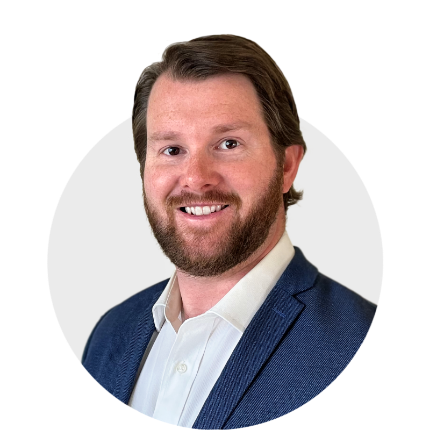